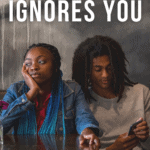 The Taurus Man is a stubborn and finicky man on the best of days which can make it hard to pursue a relationship or maintain one with the Taurus Man. He is extremely stuck in his ways and he will push buttons you didn’t even know you had when it comes to his stubbornness. Sometimes, the Taurus Man hides his interest in a potential romantic partner with disinterest and distance but that is because he is also quite shy.

So is the Taurus Man in your life suddenly ignoring you or you notice a subtle shift in your relationship – what is he thinking? What does it mean? Let’s take a deeper look to find out.

What are the Reasons a Taurus Man Ignores You?

#1 is a very plausible reason for his distance and lack of attention.

If there is one thing that can be written in stone when it comes to the Taurus Man – it’s the fact that he is obsessed with his career. He sets his individual career goals for himself and he is determined (to a fault at times) to meet those goals within his own designated time frames. He wants to advance his career and the only way he knows how to do that is to work his butt off to show his supervisors and managers that he is the person for the job.

Unfortunately, when he is focused and busy at work? Your relationship can suffer because he has blinders on. He will distance himself from any distractions that could arise for him meeting his career goals – and that includes not only his friends and family but also his significant other. Talk to your Taurus Man about this but be prepared for him to not fully understand until his current goal at work is met.

#2 can definitely come across as childish to some.

When the Taurus Man has been hurt by someone in his life; his automatic instinct and default setting is to distance himself from the one who hurt him. If the Taurus Man in your life is suddenly ignoring you and offering you a daily dose of the silent treatment – it’s easy to get upset and hurt yourself but unless you understand why he did this; it can be hard to forgive and forget it.

The Taurus Man is a loyal man who only wants the best for those in his inner circle but when those closest to him don’t treat him in the same manner? Then he will let you know, not in a blaze of glory or temper, but with cold disdain.

The best way to fix this type of issue with the Taurus Man is to wait until he is calm enough to talk out the issue at hand because if not? Then you might get a chance to witness the almighty temper that the immovable Earth sign possesses. Just be patient and mature while talking to him and remember – actions speak louder than words and this is especially true for the Taurus Man.

#3 shows the inner workings of his mind.

No one can truly understand or get the Taurus Man unless they are aware of how he operates. What is meant by this is once the Taurus Man has a new idea in his head – whether that idea is for work, home, or his social life; nothing else exists in that moment. Or moments, depending on how long this new idea takes to come to fruition. The Taurus Man is a natural problem solver and when a problem arises? He loves to flex his brain muscles to fix it.

This is an ideal characteristic in most people, let alone a romantic partner, but the stubborn nature of the Taurus Man means that once he is fixated on solving the problem or making things easier for him in the terms of his workplace; that is all he can see and focus on. This means that the relationships in his life can take a backburner to the current problem at hand.

If he is creating a new idea to surprise his lady love? Well suddenly the ignorance doesn’t seem as big of a deal but in the future – explain to him how it felt and how you would like a warning next time he enters into his problem-solving headspace.

#4 is a rather horrible way to tell someone you aren’t that into them.

The Taurus Man can be a cold man at times, especially when he is unsure of the place you have in his life. If your current relationship with the Taurus Man is closer to a fling or you both hooked up in a night of passion – he can be extremely unsure in the light of day of where you both stand with each other.

These uncertain feelings bring out the defensive side of the Taurus Man but instead of engaging in a meaningful dialogue with you; he will instead retreat and ignore you while working through his feelings on his own terms. This means that the Taurus Man becomes distant and unavailable. If he doesn’t want to be with you at the end of the day? He will eventually let you know but on his own terms. It’s your decision if you are willing to wait or you want to just move on past it yourself. He will apologize for his behavior, you decide what you want to do with that apology. If you are willing to let it slide and grow your relationship? Then you have a partner and rock in your corner for life.

5. He’s not sure about you/He’s not that into you

#5 can be quite disheartening.

The Taurus Man is a sensitive man at the core and he dislikes conflict that can bring some of his less-than desirable traits to the surface. He would prefer things are left simple and clean without any emotional conclusions when it comes to the end of the relationship. If you find yourself pouring your all into the bludgeoning relationship between yourself and the Taurus Man but you are the only one making the effort – this could be his subtle way of telling you that he’s just not into you. He would prefer to fade away into the darkness then have to hurt you and potentially cause unnecessary confrontation.

If he is unsure about his feelings towards you and towards a relationship with you – then he will also fade into the background to work through his own inner thoughts on his own turf (and time). To truly distinguish between the two extremes; one has to look at how he is acting towards them. If he is flat out ignoring you and refuses to recognize any attempt at a conversation? Then he is not into you as a romantic partner or even as a social acquaintance. If he is responding to some attempts but doesn’t seem overly enthusiastic? He is working through his feelings about you and needs to process the pros and cons of having a relationship.

After all, the Taurus Man doesn’t do anything that he doesn’t see a long-term outcome for – including relationships.

#6 it’s just his nature and his personality; especially when it comes to romantic relationships.

The Taurus Man is who he is without apology. If he thinks something is a waste of time, then he will know in some subtle and not-so-subtle ways that it’s a waste of time to him. Trying to engage the Taurus Man in a flirty dialogue, and he is not responding? Well then it’s one of two things – he isn’t that interested in exploring a potential romantic connection with you or he has already met the one he IS interested in exploring a romantic connection with; and he’s just trying to make sure that this one that caught his eye is worth it.

The Taurus Man is quite loyal to his family, friends, and himself so it’s just natural that he would be the same way towards a romantic partner. So even if they aren’t that serious or even if they haven’t progressed to a romantic stage? He isn’t going to jeopardize it by throwing another lady into the mix.

#7 is the bitter and possibly sad truth when it comes to this aspect of the Taurus Man’s personality.

He doesn’t want to rush into a relationship that could potentially cause him conflict or hardship so he won’t pursue or entertain the idea until he is emotionally stable enough to do so. This can be hard for the other party and hurtful as well but unless you are willing to wait and show the Taurus Man your loyalty – this can leave quite the bitter taste in your mouth.

Do you agree with our conclusions for those moments when the Taurus Man in your life is ignoring you? Or do you think there are other reasons at play? We want to know what you think as well! Please visit the comment section below and tell us your opinions/thoughts and more! Also feel free to hit that share button!