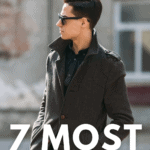 The Taurus Man, ruled and governed by the Earth, is one of the most dependable and steadfast star signs on the planet. This man is the one to provide his lovers with a safe and secure place, no matter what chips may fall on this couple. Not one to play games or one to enjoy manipulative tactics; this man will only embark on a relationship with someone who is willing to make a true commitment to them as well.

Sensual, passionate, and an equal-opportunity for pleasure lover – this man is the one to bring home to the family and the one to bring home to your bedroom (and home, and life, etc.). But in saying all this, what star signs offer the Taurus male compatibility in the long run? Who would be the best love match for the Taurus Man? Who would be the worst? Let’s break it down!

#1 love and life in perfect harmony.

If there were ever two star signs that are meant to be together for the long-haul and two star signs that are written in the stars themselves, it’s the Taurus Man and the Cancer Woman. With just enough similarities in their personalities to keep life going in smooth harmony but enough differences to make things interesting – this couple is the one you definitely want to write home about.

Are these two party animals and always on the search for their next adventure? Not quite. They are happy, secure, and love how they both thoroughly enjoy their nights in with their favorite takeout and movies. They are loyal to a fault so neither party will have to worry about the other stepping out and doing things that they shouldn’t be doing. These two will gladly stand by their partner in the toughest and sweetest times, always having each other’s back regardless of what chips fall down around them.

#2 is full of mutual understanding and shared goals.

One of the greatest matches around when it comes to shared goals for the future. It doesn’t matter if these goals are career based, family based, or home based – these two are always in sync. He and the Virgo Woman are in sync as well when it comes to their recreational activities with a sense of adventure for the outdoors but also prefers to spend their evenings and free time curled up in their home. They are predictable, they are stable, and they are on the same level in terms of energy.

They will set their goals in terms of their career and life then proceed to work their behinds off to achieve these goals. Stubborn to the point of contention, their biggest issues arise when neither person will budge regarding a topic. Sexually, these two are compatible but the sensuality of the Taurus Man could be overwhelming for the passive Virgo Woman.

#3 Match made in heaven.

Earth is nothing without water and water doesn’t have much to do without Earth in her orbit. That is why the pairing between the Taurus Man and the Pisces Woman is one that is written in the stars. These two are almost fated to be together and they both have a lot of the same personality aspects. Both are loyal to those they love, they both are relaxed individuals who will go with the flow instead of trying to control everything, and they both enjoy relaxing bonding time over the next big social gathering.

You will find these two curled up on the couch before you will see them hitting up the town but when they do decide to treat themselves? Then they will treat themselves in style as they share a mutual love of the finer things in life.

#4 is a spicy pairing that never gets cold and tired.

The Scorpio Woman will meet her match in the Taurus Man. These two share extreme passion in both the bedroom and outside of it. Fights will occur between these two but the deep emotional bond they share (created through long nights of spending time solely together and through exploring their sexual desires) can overcome any argument and keep these two on track. The fiery Scorpio Woman keeps him on his toes and will use her outgoing personality to bring him out of his shell to truly enjoy life in all its forms.

He provides a stable and loving base for the emotional Scorpio Woman, allowing her to work through her emotions without judgement or commentary. He doesn’t enjoy games, however, so the Scorpio Woman has to watch herself or risk losing her Taurus Man for good. The loyal nature of the Taurus Man intrigues and draws in the Scorpio Woman and shows her that she is worthy of love and beauty.

#5 requires a lot of work to make this a long-lasting relationship but the rewards pay the work off tenfold.

At first glance, this pairing doesn’t seem like it would be one to go the distance as the Libra Woman is an outgoing and social creature, moving from one adventure to another to find the fun in any situation. The homebody Taurus Man doesn’t know how to work with this and could find her flighty at the first meeting. However, her outgoing nature draws him in and brings him under her spell as he wishes to be part of the fun.

This work won’t scare them however, as they both dislike conflict and will do whatever it takes to avoid it. The sex? Well the passionate Taurus and the flirtatious Libra brings their foreplay from the bedroom to the outside at every chance they get.

#6 is a relationship built on shared interests, shared goals, and a mutual understanding of each other.

You wouldn’t think that two star signs of the exact same month would be a good match because that would be too similar, wouldn’t it? Not exactly when you are dealing with Taurus matches. The Taurus Man and the Taurus Woman are completely relaxed with each other and will share a bond based on affection, passion, and trust.

These two will fight for dominance in the bedroom, allowing their passion and sensuality to rule their encounters but they will then be a solid, united front when interacting with family and friends. Both focused on their long-term goals in thief career, life, and relationships; you might as well get these two cheerleader banners for each other. He craves a home with his romantic partner and the Taurus Woman has the same craving so they will both strive to fulfil this desire in each other. Both stubborn, their arguments can be heated but easily overcome when they sit down to talk it out.

#7 earth meets earth and can be movable or unmovable, depending on the bond between the two.

Two fixed Earth signs, the Taurus Man and the Capricorn Woman has the type of relationship that people will envy. These two are affectionate, passionate, and they both enjoy the finer things in life. They want to seek out and find beauty in all their surroundings and will spare no expense in making this happen (after their bills are paid and savings accounts topped up, of course!). both career driven, neither party will make their lover feel bad for staying those extra nights in the office to prepare to tackle the next big project and will help the other wow the board for the next big promotion.

The Capricorn Woman has a commitment to routine, herself, and her lover which makes him extremely happy as he shares the same traits. However, these two need to make sure that they don’t get into a rut or bored with each other as they maintain the same routine day in and out. Even their bedroom antics can get stale if they don’t mix it up.

These two need to make an honest commitment to keeping their relationship fun but once they do? Watch out for the power couple coming through.

#1 this relationship starts off strong if it’s a fling but will end in a clash of wills.

The Aries Woman is a fiery, spontaneous, and outgoing soul which intrigues the Taurus Man at first. He is drawn in by her energy and wants to be surrounded with it but then he realizes that she rushes into things without thinking them through. Her family and friends are used to this behavior but the steady, predictable Taurus Man doesn’t know how to react or handle this.

The Taurus Man is old-fashioned in the sense that he believes his romantic partner needs to be wooed and time has to be taken to ensure that they are a good fit before making a serious commitment. The Aries Woman will struggle with this as she wants it all now, and not a second later.

The sexual chemistry between these two is hot and on fire but the passion can fizzle out as the Aries Woman wants to rush and explore even in this aspect. The Taurus Man, while passionate and sensual, wants to slow down and explore each other in terms of mutual pleasure before trying to spice up the show.

#2 requires major compromise and changes on both behaviors in this pairing.

The pairing between the Taurus Man and the Sagittarius Woman is caulked full of conflict almost from the first meeting. She thinks that the Taurus Man is boring and predictable, he thinks the Sagittarius Woman is flighty and dramatic. Neither one is big on backing down nor does each person believe they are in the right, regardless of the reason they are fighting. The temper is strong for these two and it can be provoked quite easily.

These two will have to compromise and compromise big in terms of their social life, their home life, and their careers. The Sagittarius Woman is ready to stand her ground with flair while the Taurus Man wants to fade into the background and get the job done. He won’t enjoy her dramatics or her way of making herself the center of attention while the Sagittarius Woman won’t enjoy the stubborn and homebody nature of the Taurus Man.

If these two can’t learn to talk it out and compromise? Then this is a flash-in-the-pan and done fling.

Do you think these matches are the most compatible for the Taurus Man? Do you think the worst matches are accurate? Please tell us your thoughts in the comments below and while browsing there; hit that share button if you choose!