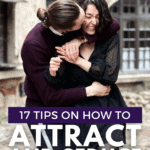 When it comes to the Taurus Man, he can be hard to get a read on and even harder to get a handle on. This man might be falling head over heels for you but by the way he acts? You would think that he barely likes you – this is his practical side determining if he truly wants to pursue a relationship with you. So what do you do in that case to give him a little nudge? Know the best 17 tips to attract and seduce a Taurus Man.

The Taurus Man in Love and Lust

The Taurus Man might come across as a homebody, someone who is quite content to be “boring” but under the loyal and steadfast demeanor is a passionate and sensual lover who is just dying to impress by  showing off his skills with the right lady love. This man is the king of foreplay and is one of the most passionate star signs when it comes to the bedroom (thank you being ruled by Venus).

The Taurus Man isn’t exactly adventurous unless he truly trusts the one he is with but he is always concerned about the pleasure of his partner. Once he is in love? Well this man will be the home and security you crave, the shoulder to lean on, the go-to for all advice, and the most loyal person you could hope to have in your corner.

How to Attract a Taurus Man

Showcase your confidence and let your true personality shine true when you are meeting (or hanging out in a group) the Taurus Man. If you put off a fake demeanor? He will be able to see through it. Be yourself, be confident, and let your best traits do the attracting for you while maintaining a bit of mystery. This will intrigue him and he will be eager to know more about this confident, authentic beauty in front of him.

He is extremely focused and will keep pushing until all of his personal goals are met. When you show that you have the same natural instincts to push yourself and focus on the end game then the Taurus Man knows that he found a woman who won’t be upset at the long hours he is putting in but instead, he found a woman who can relate to him.

Be cool and confident, with some secrets still up your sleeves to bring him closer to your orbit.

3. Dress Neatly and Not Flashy

Wanting to wear that brightly colored, low-cut shirt that you were never quite sure of but bought anyway? Go for it but remember that if you are crushing on a Taurus Man he would greatly prefer his lady friends to be neatly dressed and not flashy. This man avoids attracting attention at all costs so he would hope that his partner in life would respect that and not bring unwanted attention with her clothing choices.

Still wear whatever you want to wear – just not all of it at once.

#4 is a trait for all the star signs to follow.

Don’t lie to, lie about, or tell lies around the Taurus Man. He has the uncanny ability to sniff them out and will not be amused at a potential lover who uses these methods to get out of, or attract, someone. He wants honesty above all else as that is how he lives his life.

5. Pay Attention to Him

#5 is all about the little things.

Want to bring the Taurus Man into your orbit and show him that you are serious about growing the bond between you both – whether it be in a friendship type of manner or a romantic one? Then pay attention to him. Listen to him when he talks. Ask him questions and offer your own comments (even if they don’t completely vibe with his own).

These little things will show him that he is on your mind which will, in turn, trigger his passionate side.

6. Present a Stable and Secure Image

One way to turn off the Taurus Man is to be overly dramatic and overwhelmed when the smallest thing changes your plans. If you don’t present a stable and secure image in your life, then he  is going to look right past you because he doesn’t enjoy dramatics.

As an extremely focused individual, he isn’t the type to get flustered or upset at the little things (he just shuts down in a sense, instead). Show him that you are stable and confident enough to take on whatever life throws your way – this is sexier to him than anything.

How to Seduce a Taurus Man

#7 is about more than just the attraction between you both.

Whole the Taurus Man is appreciative and in awe of the chemistry between you both; going the extra step to set the mood and create a sensual atmosphere cranks the passion up a few hundred notches. Not only will he show you physically how much he appreciates this, he will verbally let you know that it means the world to him you thought of him.

Want to really drive him crazy for you? Then use candles for a soft glow, the right playlist, and of course – yourself decked out in your finest not-for-sleeping outfit!

We’ve all heard the old adage, “the way to a man’s heart is through his stomach,” and this has never been truer than in the case of the Taurus Man. This secret foodie loves to experiment in the kitchen, blending flavors and ingredients to create the perfect dish.

A lover of the finer things – the Taurus Man will part with his hard-earned money on an expensive dish to appease his hunger. When the woman he is interested in takes the time and effort to feed him you can cue the heart eyes.

9. Use Your Voice to Seduce Him

He is in tune with his senses so use that to your advantage in your quest of seduction. Leave him a flirty voice mail and bring your voice down to a whisper as if you are afraid of getting caught. Record a special voice memo just for him and tell him what you plan to do when you are alone again.

Another way that keeps it safe for work: send him a voice message that simply states you are thinking of him and that you hope he is having a good day

10. Smile and Glance at Him Even in a Huge Crowd

#10 is the small things that hook the Taurus Man.

Remember how we said to attract the Taurus Man, you could simply pay attention to him? Well use that even when you are in a huge crowd by looking his way. Once you have his attention, shoot him a winning or coy smile to draw his attention back to you.

Already romantically involved with the Taurus Man in question? Then let that smile slide into a devilish smirk that promises fun times ahead once the two of you are alone again.

The Taurus Man is quite the tactile man when he is around the one that he is attracted to. Like seriously tactile. As long as you are touching this man, he is going to repay the favor in your favorite ways. For example, while in public – gently grasp his arm or hold his hand while walking, brush his hair back from his face, and use him to lean on when fixing your shoes.

Not in public? Step it up a notch and let those lingering touches linger in all your favorite spots. Kiss him on the neck, nibble his ear, and wait for him to rush you to the bedroom.

If you seduce and tease the Taurus Man but you never follow through – then you are in the running to lose this man. He is a passionate and sensual bull that needs to follow through on seductions to the final act.

While teasing is a good thing for the Taurus Man and acts as foreplay to his lustful nature, make sure that isn’t all you do but instead you continue that teasing between the sheets to keep this man on his toes.

Wear your sexiest lingerie when it comes to dealing with the Taurus Man. This man is turned on by his senses, as we previously mentioned, and that includes eyesight. Wear a piece (or pieces) that showcase your best physical features in your mind, wear that lingerie with confidence, and invite him to find out what is underneath to drive him truly wild.

Bonus points for walking out in said lingerie while he is watching television or relaxing to truly catch his attention.

14. Wear Perfume with the Essence of Roses

#14 invites him to get closer.

Lead him into the bedroom by the nose, figuratively speaking. Put your (or his) favorite scent in his favorite locations – behind the ears, neck, behind your knees, etc. Make sure he gets a whiff of what you are wearing (roses or something floral always intrigues him) and then ask him to find out where the scent is currently placed. Using his nose only – and his hands to hold you in place. Perhaps a taste test as well to be a little naughtier.

#15 brings it back to him but benefits you.

Show the Taurus Man that his pleasure is just as important to you as his is by asking him what he likes in and out of the bedroom. Use this knowledge and put it into motion to show that not only are you thinking of him and his pleasure – you are also listening to him and absorbing what he has to say.

In turn, tell him what you like the best in terms of his skills to turn him on and seduce him.

16. Speak Quietly So They Have to Lean in to Hear You

#16 can be done in public or on the way to the bedroom.

Lower your vocal range to the point that the Taurus Man has to lean in close to hear you. Even if it’s as simple as asking him what his plans are for the weekend – this gesture creates intimacy and just oozes sensuality. Let him lean close as you lean into him with bonus points for touching his thigh as he does so. If you are wearing his favorite scent while doing this, then its game on for you both in the sexiest way.

17. Talk Slowly and Lean in as You Talk

Talk slow to the Taurus Man, be completely involved in the conversation, and slowly start to lean in as the topics change from superficial to more personal. Leaning in so you are resting on his arm or casual touches to his shoulder (forearms, etc.) shows him that you are not only attracted to his intelligence, you are attracted to his physical attributes as well. This will lead him to wanting to show you more – of both, in and out of bed.

Now that you are aware of, ready to, and capable of both attracting and seducing the Taurus Man – please tell us in the comment section below how it goes! Do you have any more tips? Then please feel free to share them! You can also hit that share button as well to let your social circle the best tips on attracting a Taurus Man themselves.